Sometimes there’s a location I have been dreaming of photographing at for a long time. That’s how I chose where to do Jerry and Sara’s winter couple’s photos. A little backstory about this spot, I would drive that stretch of road daily when I worked in Ann Arbor. As I drove by, my eyes would fixate on how big and dense the pine tree forest. However, I thought it was private property, therefore I did not think to pursue it as a possible location. It turns out that the area is actually open to the public, I was just driving past the wrong entrance!

When I bought my house in 2016, the sellers were absolutely amazing to work with. Throughout the years we remained in touch. In January, she reached out to me about doing photos of her daughter. She suggested doing them in the woods I always admired. When I learned that was a possibility, I could not have been more thrilled. After her session I knew I had to get a couple in on the wintery magic of the tall pines.

The day after the session with her daughter, I posted a model call on my social media for the upcoming weekend. Jerry and Sara have hired me before (remember their sunflower field session?), so I was pumped when they volunteered to work with me again. They are such a fun and goofy couple, my kind of people, I knew we’d create some gold. Boy, was I right!

For their winter couple’s photos, we started with a playful snowball fight. The snow was really fluffy and wouldn’t pack into a ball, but that wasn’t an issue because it caught the light perfectly! Then we made our way down one of the walking paths into the thick of the woods. To be surrounded by that much beauty was surreal. The only way I could even capture the pine trees massive height was with a wide angle lens. I’m looking forward to spending more time there throughout the year to experience all of the forest charm. 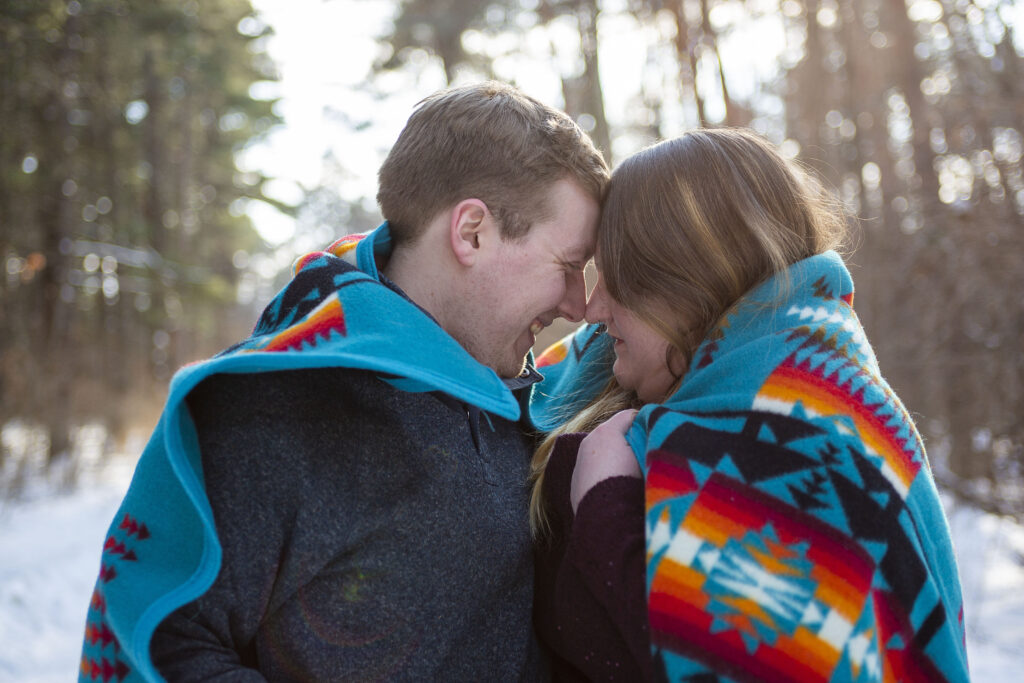 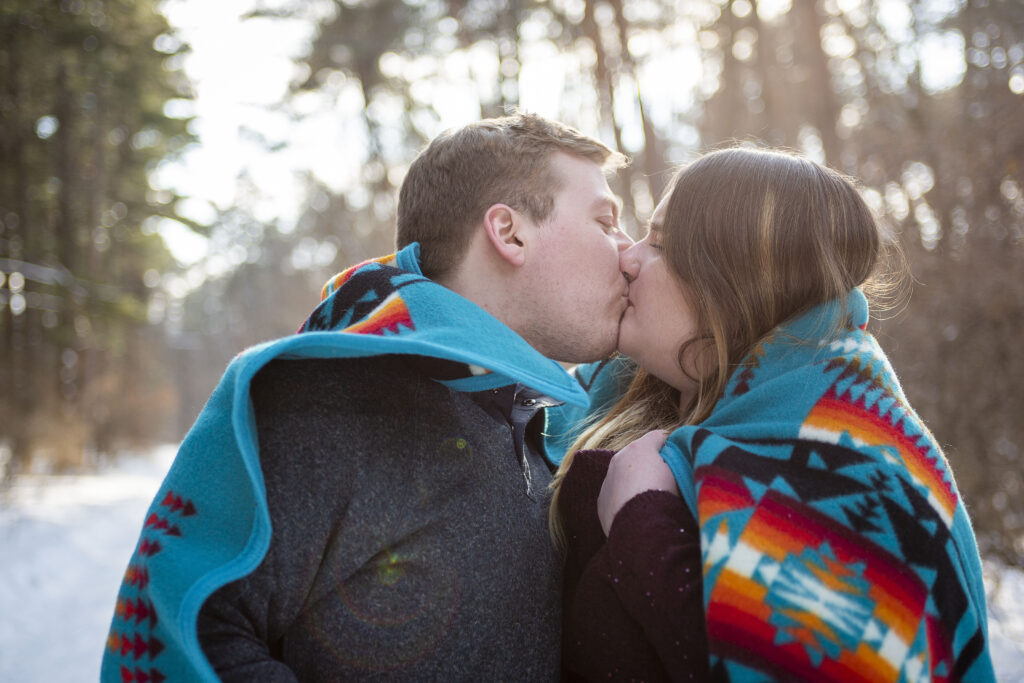 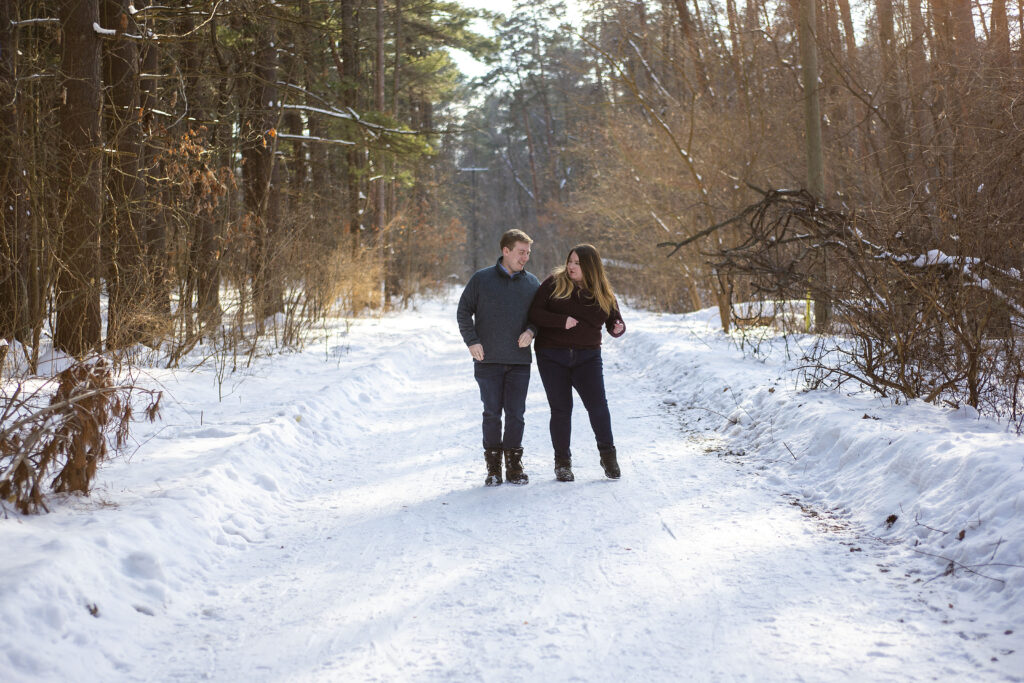 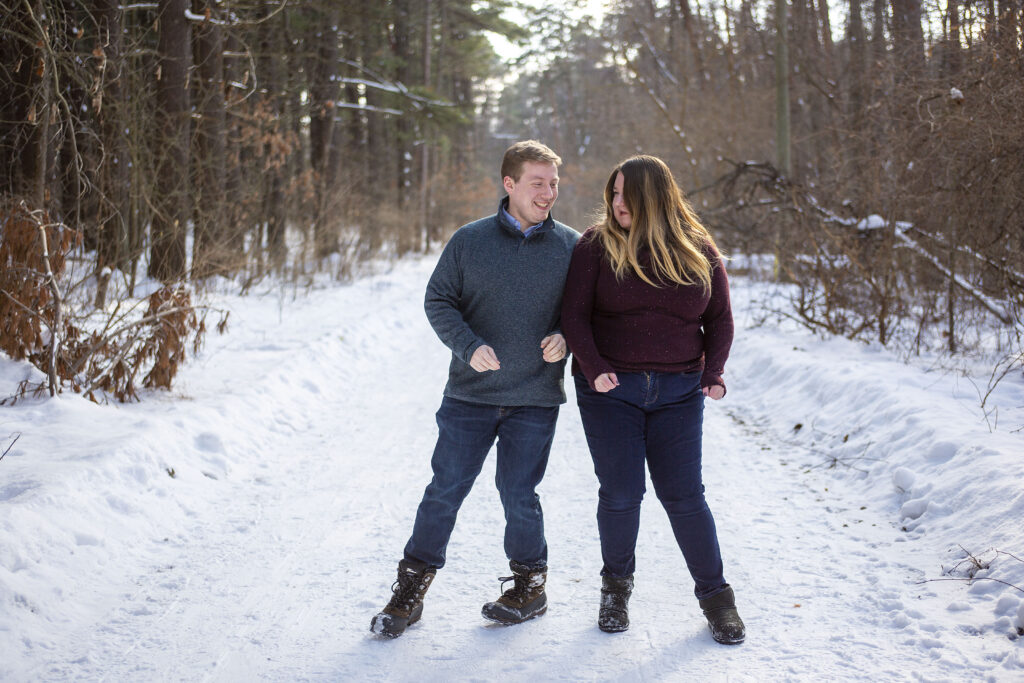 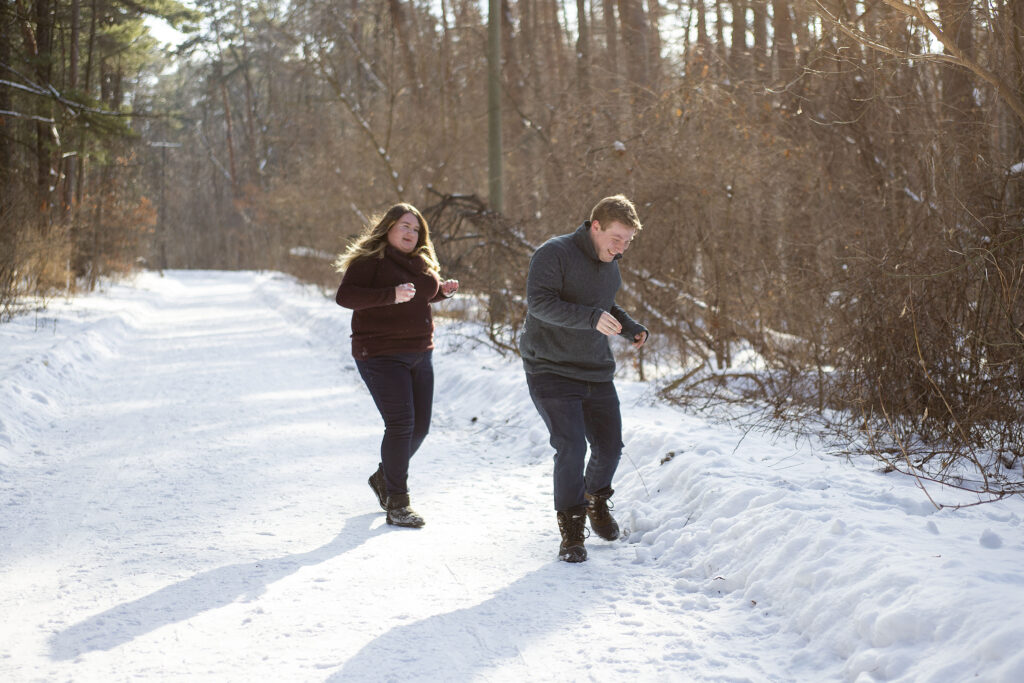 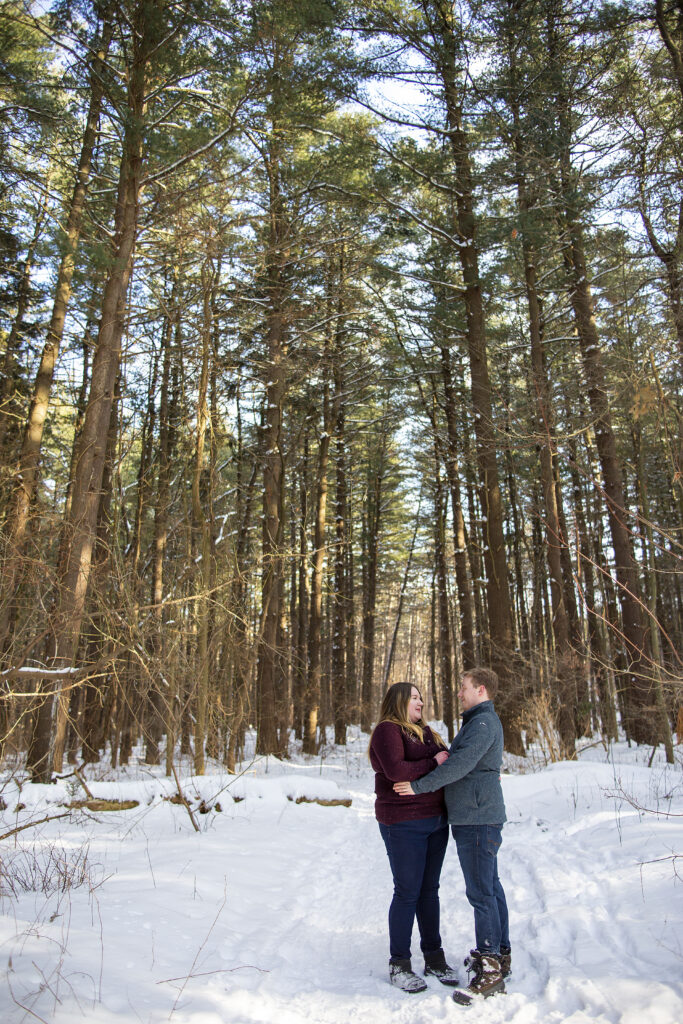 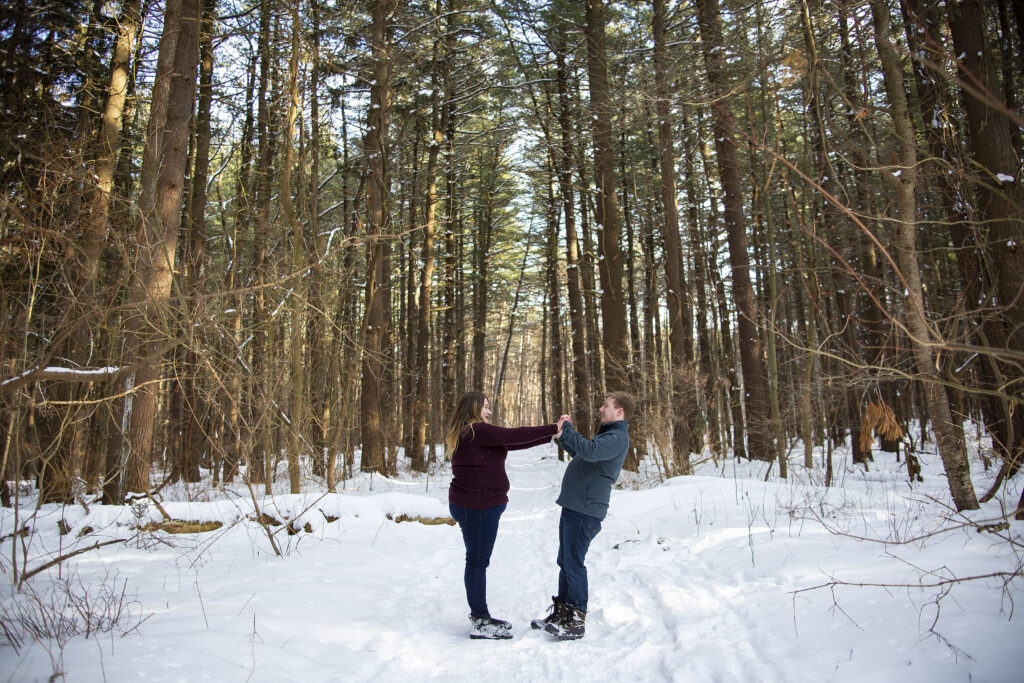 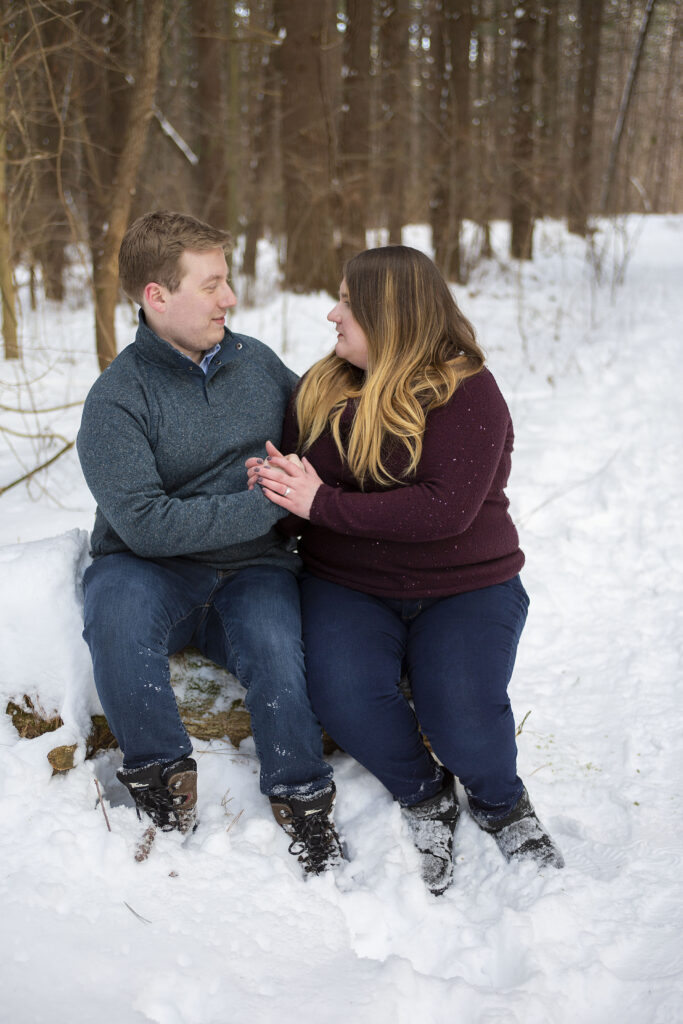 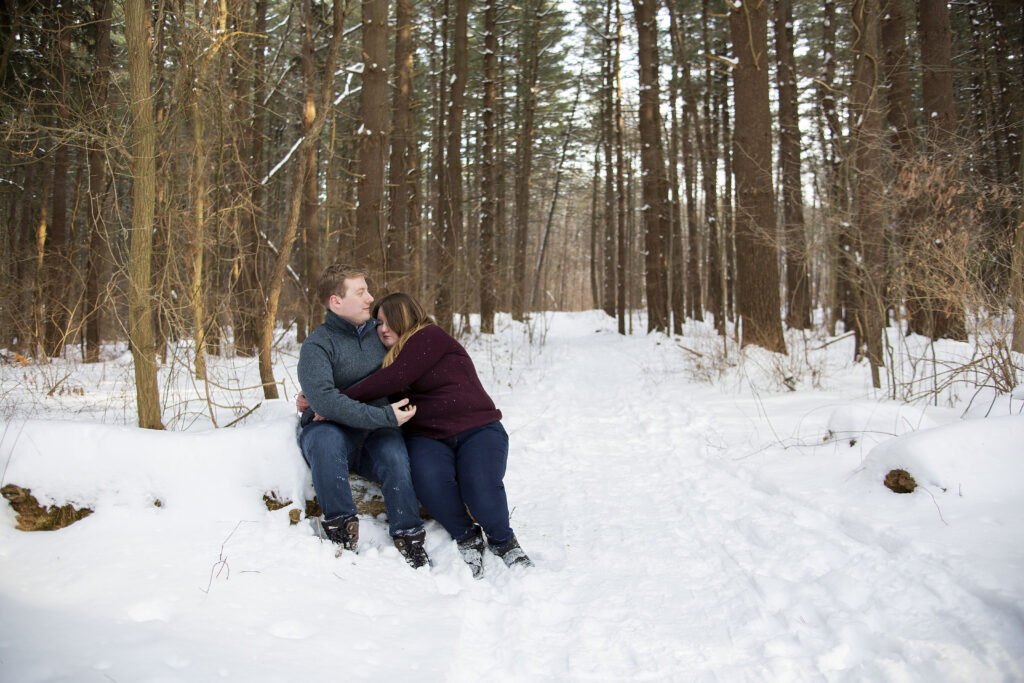 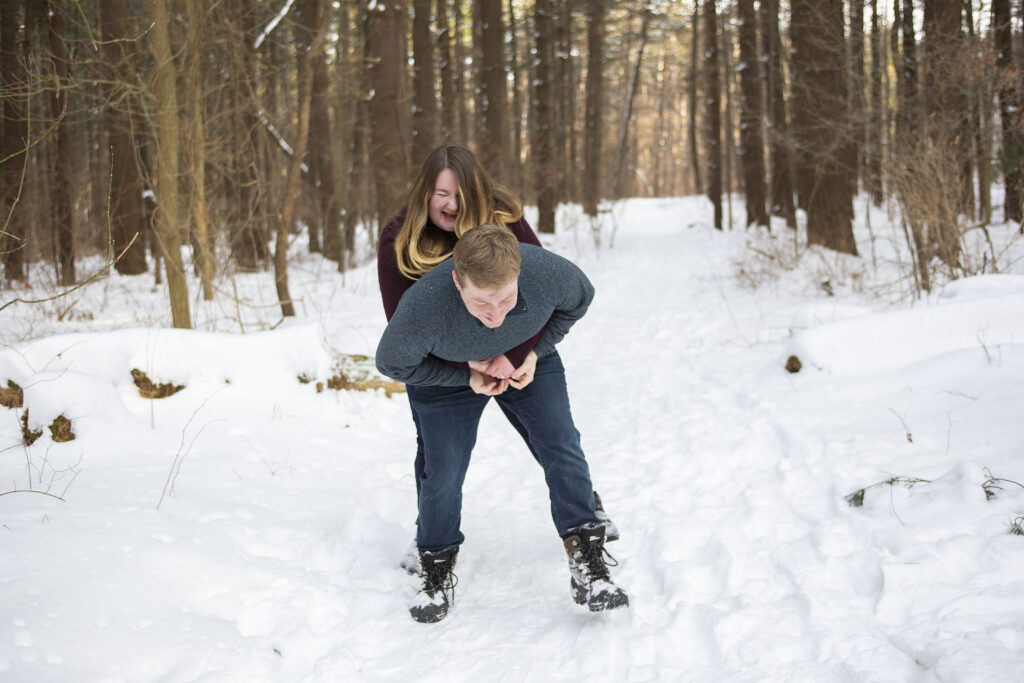 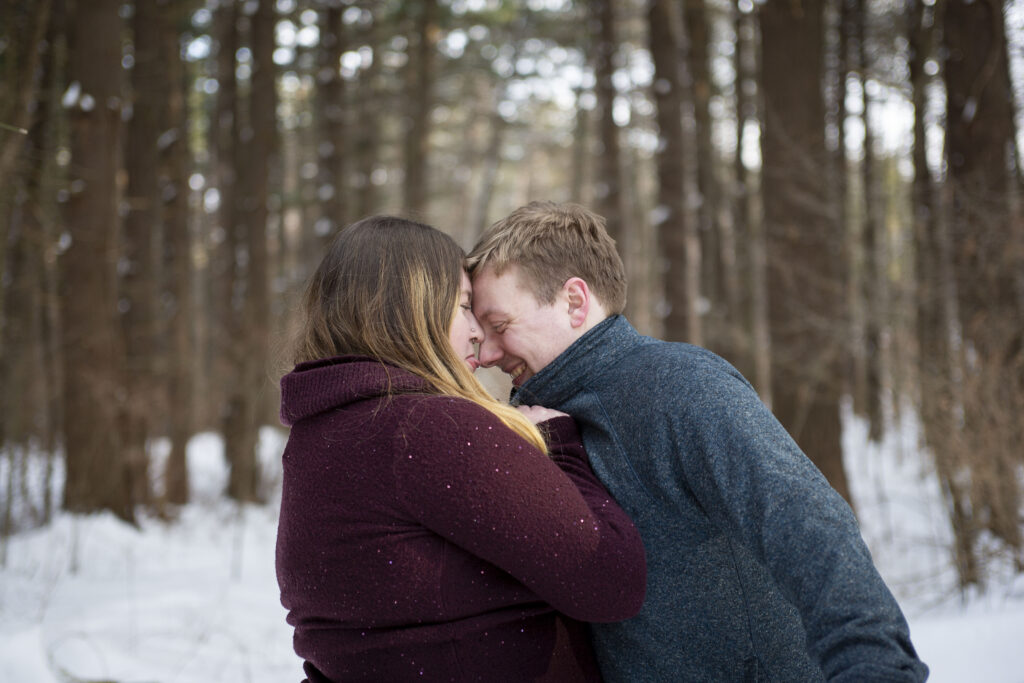 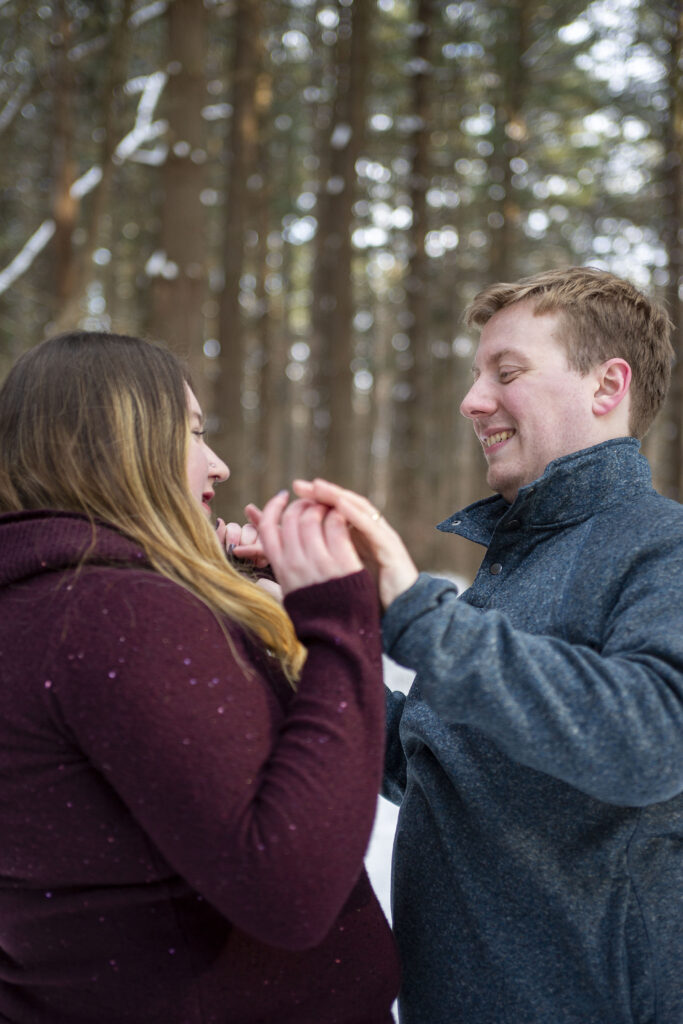 2023 Natalie Mae Photography
Back to Top